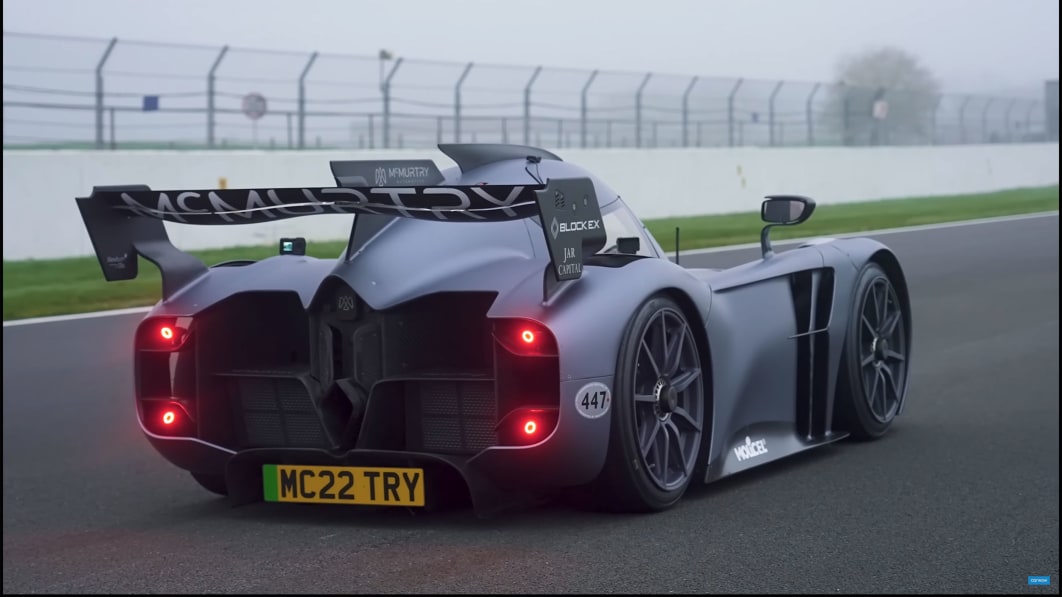 In August, the McMurtry Automotive Spéirling set a new overall record up the 1.16-mile hill at the Goodwood Festival of Speed with a time of 39.14 seconds. McMurtry took that Goodwood car in its Goodwood spec to one of Carwow’s open-air studios, this one at the Millbrook Proving Ground, so the YouTube channel could climb all over the single-seater and run its trademark acceleration tests. The Millbrook runs yielded a 0-60 run of 2.09 seconds and a standing quarter-mile time of 8.64 seconds using an independent GPS measurement device. But the strip was wet, leaving presenter Mat Watson unsatisfied. To get his satisfaction, Carwow transported the Speirling to the Silverstone circuit, hiring the track and a jet-powered dryer truck to lay a grippy line down the Hangar Straight. Those finer conditions allowed the Speirling, in the video above, to blitz the 0-60 in 1.4 seconds and the quarter-mile in 7.97 seconds.

Those are both record times for Carwow, displacing the Rimac Nevera from first place. Watson previously ran the Croatian battery-electric hypercar to 60 miles per hour in 1.9 seconds and the quarter in 8.6 seconds. The Pininfarina Battista claimed the production-car record for 0-60 acceleration at 1.79 seconds.

There’s a few hundredths worth of gray area in the comparison for now. The Nevera is a production car, the Speirling most definitely is not. McMurtry is developing a road-legal production version that’s likely a couple of years away. Watson set his Speirling times with the fan car’s custom slick tires, the rear pushers being 240-section. So far as we can tell, the all-wheel drive Nevera travels the world setting times on its production tires, the Michelin Pilot Sport 4S, 275-section in front, 315-section in back.

The Speirling’s waiting to spring a big surprise, though, since its Goodwood gearing limits top speed to 150 mph. Watson said the Speirling sat at 150 mph for “approximately three seconds” of that blazing quarter-mile time. Fyi, the English quarter-mile is 400 meters, or 1,312.3 feet compared to our 1,320-foot quarter-mile. At 150 mph, it would take the Speirling about another 0.04 second to do the U.S.A. drag. Drag Times ran the Nevera to an 8.582 quarter on a prepped track in the U.S. in August.

Although we wouldn’t expect a different finishing order than Carwow established, getting the street-legal Speirling and a Nevera on the same track on the same day on production tires would tell us how close the two cars are.

Before the runs, Watson gets instruction in the Speirling’s methods from chief engineer Kevin Ukoko-Rongione and company test driver Max Chilton. For instance, two fans provide the roughly 4,400 pounds of downforce, but it’s a redundant system; Ukoko-Rongione said that although both fans runs together, a single fan can provide most of the car’s downforce. It’s worth watching the buildup because this is a fascinating car.